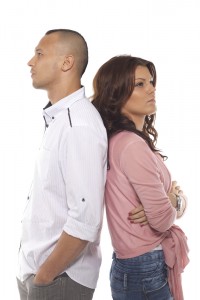 Most relationships do not always go smoothly all of the time. Couples can sometimes go through a rough patch at times. Certain differences in two people can sometimes lead to conflicts. It is how couples deal with it that will determine if the relationship strengthens or weakens in due time.

Conflicts in a relationship occur when people have disagreements over certain issues like behavior, ideas, values, opinions, perceptions, dreams and desires. When one takes a different stand over the other on a certain issue, a conflict may arise. It is normal in many relationships to undergo conflicts. Couples should learn how to effectively deal with conflicts the right and proper way. If not, it can put a strain into the relationship and may cause harm over time. Here are some of the proper ways of dealing with conflicts whenever they arise.

Do not run away from conflicts.

Whenever a possible conflict with your partner is brewing, do not turn a blind eye on it. Some people prefer to get away from it. They believe that doing so will cause the conflict to die out over time. However, this is the wrong way of handling conflict. Conflicts do not easily go away if couples do not try to resolve them. It may sometimes wane over time, but it still lurks there. There are times when the conflict may flare up now and again on top of other disagreements. It worsens the longer people try to avoid it. They can lead to pain, resentment and ill feelings toward each other that can damage the relationship. Do not try to run away from the conflict. Face it head on and strive to resolve them before they worsen further.

Try to be calm amid the conflict.

The problem with conflicts between couples is that it can trigger strong emotions. Disagreements can easily go out of hand if the emotions get in the way. If couples do not remain calm and collected, the conflict can easily go out of hand. Actions done in anger can cause a lot of hurt to each other. Painful words become weapons that only cause the emotional wounds to worsen. Couples can avoid this if they try to remain calm and try to look at the conflict in a more objective manner while finding a way to resolve it.

Learn to look at the conflict from your partner’s point of view.

Conflicts take longer to resolve because some people tend to look at the problem only from their own point of view. They do not try to see it from their partner’s perspective. The result is that one fails to see the bigger picture. Try to learn to see problems and disagreements from your partner’s perspective. It will give you a better insight on how to resolve the conflicts you both go through.