Deconstruction of the Female Orgasm 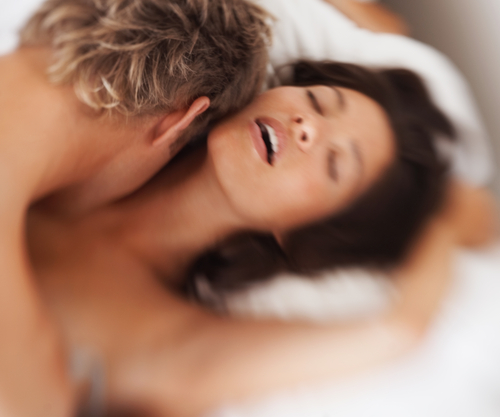 A woman’s orgasm doesn’t easily come to her, men often have to work hard and follow certain techniques to make his mate reach her peak. But when she does reach it, the power of pleasure is simply unexplainable: from sweet to sublime to superlative.

If you have an active sex life, you have probably seen a woman’s orgasm for a hundred or so times, but do you know about the stages leading to the Big O? How about the thing really happens to a woman’s body when she reaches the climax of sexual pleasure?

A woman becomes aroused with certain moves, actions, or sometimes, even words. It can be anything that brings her to unleash physiological responses that begin to prepare her body for sex. During the initial stage of a woman’s arousal, her body starts to lubricate the vaginal canal and the inner labia.

A chemical referred to as vasoactive intestinal peptide is then released and the blood flow to the pelvic area increases. These occurrences create the sexual tension for a woman.

Tenting is the process when the brain starts to relax after the initial arousal stage. At this point, a woman’s vagina becomes longer and the clitoris swells. During this stage, an indirect touching of the clitoris will make the woman crave for more direct stimulation such as touching, poking, and playing around with her vagina and her clitoris.

Immediately after the tenting stage, a woman’s body is then ready for a rhythmical stimulation with the male penis. This stage is characterized by fast heartbeat and breathing and the deepening of the color of a woman’s labia. Usually, the more anticipation there is during this stage, the better a woman will respond.

Muscular contractions may begin when the bring signals a vaginal nerve to do so. The woman is really aroused at this point, thus her body will send unmistakable signs of the need for a penetration. This stage is critical because she is already near her peak. However, the arousal of a woman may easily change or fade if the stimulation she gets from her partner is less than satisfactory.

The part when the women experience a mind-blowing orgasm. This stage typically ranges from 10 seconds to 60 seconds. More intense stimulations that natches the orgasmic response is often what the woman wants at this point.

Women have different reactions to sexual stimulation but the process remains the same. The stages mentioned above are important points to be considered especially if you want your partner to experience pleasure.

Do not be content with experiencing an orgasm for yourself alone. Pleasure your partner as well and you’ll be sure to keep your tabs on a healthy and thriving sexual relationship for a longer period of time.

female orgasm give your women orgasm orgasm for women
Share !
Previous: How to Tell Your Husband You Are Pregnant
Next: Understanding a Woman Silence