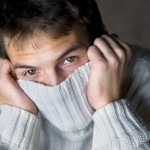 Men try to get into relationships with the opposite sex all the time. They value being someone whom they can be with for various reasons. But when it comes to commitment time, most men may try to shy away from such situations for a variety of reasons. Here are some of them.

Some men just don’t want to be “tied up”.

For most men, getting into a commitment can mean not being able to do what they previously do. It may mean that guys won’t want to set limits on what they can do. They might still want to meet up with other women. Committing may prevent them from doing this.

Some men don’t seem to want to commit simply because they might still have someone else in their mind. And because he might still be thinking of one or even more women in his life may prevent him from committing to someone.

Some men fear commitments because they might have certain concerns. One of them is that the relationship might not succeed. The fear of failure can be enough for some guys to avoid committing to their partners.

He has bad experiences from previous relationships.

Some men may be afraid of committing simply because they might have gone through some bad experiences in previous relationships. Sometimes it can become too traumatic for them that they try to avoid commitment as much as possible in order to avoid getting into the same situation once again.

He is not totally into the relationship.

Some men don’t want commitments simply because they are not totally into the relationship. Some men are just in a relationship for the physical aspect of it. Some do not want to get into its more emotional side.

He doesn’t want to be pressured.

Forcing men to commit can sometimes lead them to avoid it even more. Some men may feel that commitment is something that they can decide for themselves and not something that should be forced on them.