Signs He May Have Issues Over Commitment 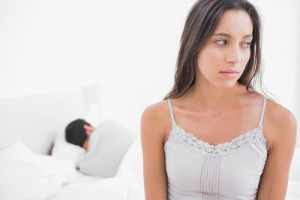 There are times when a couple needs to take the next step in their relationship. Women may be looking for a commitment from men to ensure that the relationship will last long. But some men may have issues with commitment. They fear it like a plague. It later adds to the frustration that the women may feel for their partners. They eventually try to force it, which always does not do well to the relationship. In all cases, the men may be commitment-phobic.

Experts might consider many men as having commitment-phobia. They are men who like to get into relationships with women but do not want it to escalate into something serious as wanting commitment. There are men who are just afraid of intimacy. Here are signs that will help you detect a man who is commitment–phobic.

You have not been introduced to his family or friends yet.

Another sign that a guy is commitment-phobic is if he does not introduce you to friends or his parents, even after months of seeing each other. Whenever you ask him about it, he gives you reasons to try to make excuses. A commitment-phobic guy usually is an expert in compartmentalizing different aspects of his life. You will not know other things about him other than what he tells you. He has a lot of things in his life that he hides and never wants you to know about.

Guys who fear commitment always live for the present. They never bother to think about the future of the relationship. They like where they are in the moment. Any changes to it may be met with disdain or scorn. That is why some women may feel frustrated when they talk to a commitment-phobic guy about their plans for the future, not necessarily just regarding the relationship.

He likes to be in control with what you both do together.

A guy who fears commitment will not be comfortable talking about it. That is the reason why he wants to take control of the time he spends with you. He always wants to steer clear of commitment talks by doing something else to keep your mind away from it. If you try to plan something, he will often makes empty promises or excuses.

commitment phobia fear of commitment fear of intimacy guys and commitment
Share !
Previous: How To Move On After A Breakup
Next: Dealing With Dating Burn-Out

Are you scared of commitment?