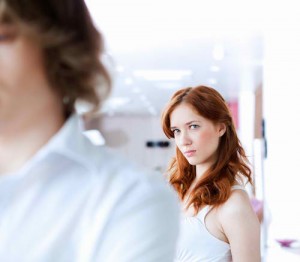 With online social networks and social media in general becoming a popular reason why many people head on to the Web on a daily basis, it would surely have quite an influence on our daily lives. It may also affect not only individuals but their relationships as well. And surprisingly, there are now a lot of women who think that social media in general may make it easy for cheating in a relationship.

An increasing number of women think that social media makes it easier for men to cheat. In this day and age where “sexting” and sending pics of private parts via Twitter seems to have become popular, it is no wonder why eight out of ten women would think so. It is the convenience, ease, quickness and reach of how social media gets messages across that has become bane for some couples in a relationship. But on the other hand, women also think that social media had made it easier for couples to catch their cheating partners.

Truly, social media may have also created something that people find troubling when it comes to relationships. The fact that social interaction online always seems to be open 24/7 makes it some sort of a threat for some relationships in terms of a cheating risk. But in this age of online connectivity, it seems that trust, faithfulness to a partner as well as honesty just became even more valuable traits between people in a relationship.

Avoiding The Social Media Backlash Of A Failed Relationship

Reasons Why People Cheat In A Relationship

Social Network Don’ts If You Are In A Relationship

Would You Tell Your Partner You Cheated?