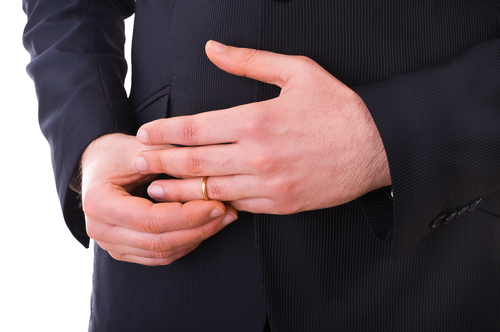 Spotting A Potential Cheater With The Help Of Science

Cheating may be considered as one of the most serious issues ever to come out in any relationship. It can lead to a break-up or divorce for most relationships. People then begin to regret not being able to read through the cheating ways of their partners earlier. But infidelities may not be something that you can easily detect early in the relationship. It sometimes develops gradually, depending on the course and direction of the relationship at a particular period. It is the same as saying that cheating may sometimes develop over the course of time.

But if you really wish to spot a potential cheater, you can always look into science for some possible answers. There are certain characteristics in the relationship that may indicate a partner to likely cheat. Here are some facts that science has come up with based on studies made.

She has a better career and a larger salary.

In a relationship where the female generally has a better career and gets a larger salary than the male, there is a higher risk that he will cheat. In fact, an impressive career and a high salary range are both linked to a higher risk of infidelity in the relationship in both genders. If the man is financially dependent on the woman, he is more likely to cheat. But for women who are dependent financially on their partners, they are less likely to cheat.

Your man has a deep and low-pitched voice.

Man has problems “getting it up.”

Men who have erection problems are also more likely to cheat on their partners. Although it may sound puzzling to some, there are credible explanations for this. Most men who are unaware of their condition may think that it just takes longer for them to get aroused. This may lead them to take more risks to boost their arousal. They may start getting into risky casual relationships with other women to which becomes a very exciting and arousing prospect.

Couple has no religious beliefs.

Share !
Previous: Going On Double Dates Can Reignite Passion With Your Partner
Next: Getting Over The Fear Of Meeting New People