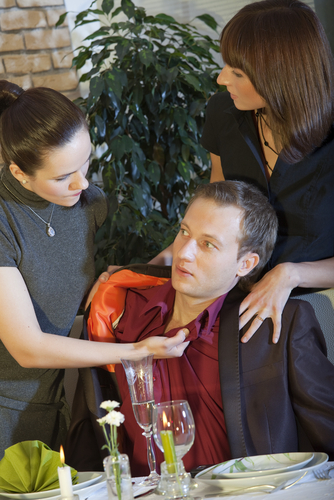 Infidelity seem to occur more in men. And sometimes men may know how to hide their cheating effectively. But there are also times where men may unknowingly show signs of their cheating in ways that women may not even be aware of. Here are some of the surprising signs that unfaithful men may show, whether knowingly or unknowingly.

He becomes more aware of his looks.

Research has shown that men who cheat also seem to show an increase of narcissism. They suddenly become more aware of how they look and hence go and look at themselves at the mirror more often. They become more self-absorbed about how they look especially in places with many people.

He earns quite a lot of money.

It might be a power and privilege thing. But research has also shown that men who earn more are likely to cheat more than those men who might be earning less. It might not necessarily be the sense that they earn more and therefore can spend more on other women. Men seem to feel more empowered as they earn more cash and seem to carry this awareness sometimes in their relationships.

Studies have also shown that men who do good such as donate to charities, do volunteer work and other such activities also seem to become unfaithful more. Such people seem to justify that they cannot do wrong with all the good deeds that they do or try to convince themselves that their high moral standards make them not culpable for such wrongdoing.

He becomes careless with responsibilities.

Men who cheat are also known to be careless in everything else that they do. They begin to pay bills late or never show on time on dates or meetings. Men who are careless with how they do their responsibilities also tend to become careless with their relationships.

Signs Your Ex Has Moved On

Be Aware Of These Common Relationship Mistakes