Things That Confuse People With Love 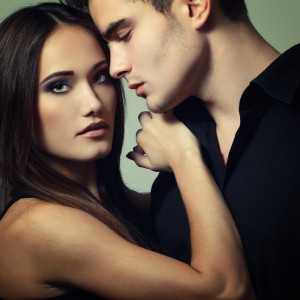 As young people get older, they begin to feel certain emotions that may be particularly new to them. There are feelings that develop for instance towards the opposite sex that young people begin to experience for the first time. Sometimes, they think that it is love. But for the most part, some of these feelings are just mistaken as love. Here are the most common emotions that many young people may easily mistake for love.

Some people just can’t seem to get someone out of their heads. They can’t seem to stop thinking about someone day in and day out. Some can easily get confused that this feeling is love. But it can just be obsession.

Some young people can easily mistake obsession with love. They think that not being able to stop thinking about someone else means that it is love. If one nurtures the obsession, it can linger for a long time and can lead to destructive behavior, both to the person and the object of the said obsession. It can cause one to lose touch with his or her individuality and become dependent on the other person. It can get so intense that some people will begin to have thoughts of pleasing the object of obsession without regard for oneself. Real love makes both people nurture the relationship and grow. Obsession is one-sided and usually prone to abuse.

Lust is another common feeling that many young people can easily mistake for love. It is characterized by a strong and sudden attraction to another person. People can think of lust as love because the feeling can be so strong that it can consume their whole time. But lust can also be easily differentiated from real love. Real love can only be possible when one has already known about a person for some time. The attraction that lust brings can happen between total strangers.  It is mostly about physical attraction. There can be some passion between two people, but it is fleeting and is not sustained once people get to know each other better. Lust is based on a particular fantasy that a person may think about another. But fantasy does not always come together with real life. Once that fantasy is shattered through a deeper understanding of each other, the attraction wanes and eventually run out of steam.