When Your Date Suspiciously Talks About Your Friend 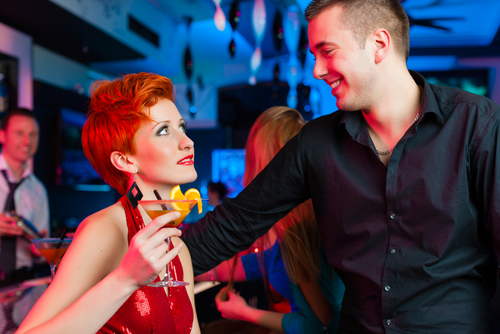 It can be tough to balance your social life with your friends and your romantic partner, but it is even more tricky if both of them go together.

A reader from Glamour magazine asked for advice on her dating problem. She met a “really cute, smart, nice guy who smelled good too” through a dating website. On their first face-to-face meeting, he brought up a topic that weirded her out.

“I don’t even know to bring it up, but I know one of the people in your pics,” he told her. It turns out the guy was referring to one of her pretty friends.

Her date then went on about how they met at a bar five or so years ago. “They danced and talked all night and when the evening was coming to an end, he was about to ask for her number but one of her friends pulled her away,” she wrote. He then tried messaging her friend on Facebook, but she never replied. The guy then talked about how he has had other girlfriends since then and made it a point to say that he is “totally over her.”

“I feel like he met me because of that, which is crazy to think, right,” the girl wrote. After that odd conversation, the two were out until midnight. When their date ended, he followed up with a text message saying he had a great time and would like to see me again. The problem now is whether she should be concerned about bringing her friend up in their conversation.

It is a dating issue that is bound to have different opinions. Gena Kaufman of Glamour writes:

“On the one hand, it was a long time ago so it’s probably no big deal. And it probably would have been weirder if he started dating you, never mentioned that he recognized your friend, and then had to awkwardly explain it when you eventually introduced him to her, so he might have just been bringing it up to get it out of the way and not seem like he was hiding it.”

In our opinion, the conflicted woman should remain cautious about her proceeding dates with that same guy, especially when he starts talking about her friend again and asks her to hang out with her next time. If that happens, his intentions are never more clearer.

How Women Can Make That First Date Great

Tips For Having A Great First Date

Signs To Look For In A First Date