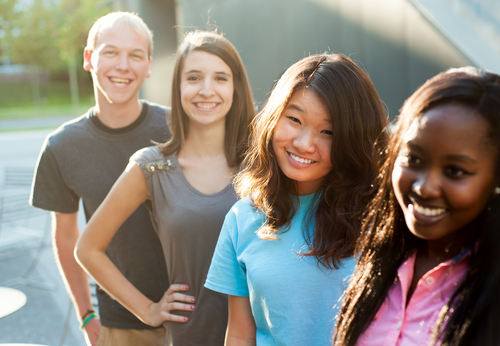 Adolescence is that time of our lives when we are most confused about who we are and our preferences. This is also the time when peer pressure affects us most.

Thus, when an adolescent boy or girl finds him/herself attracted to a person of a similar gender, he/she feels confused and frightened – like nothing makes sense anymore. He/she is also afraid that the people he/she cares for will abandon him/her.

First and foremost, being attracted to a person of the same sex is common in heterosexual and homosexual adolescents and does not automatically make a person homosexual. As we mature, we become more aware of our sexuality and eventually discover what works for us.

Are we more attracted to males or females? Adolescent boys and girls need not categorize themselves just yet. And even though they have had experimental experiences with people of the same sex, it does not necessarily make them gay. It may take years before we figure out our sexual preference.

Wikipedia defines bisexuality as the "sexual behavior with or physical attraction to people of both genders (male and female), or a bisexual orientation.

People who have a bisexual orientation "can experience sexual, emotional, and affectional attraction to both their own sex and the opposite sex"; "it also refers to an individual’s sense of personal and social identity based on those attractions, behaviors expressing them, and membership in a community of others who share them."

If you find your self attracted to a person of your sex, do not worry about it. You might feel the need to do something, but in truth, you really don’t have to do anything. Think of it this way, if you tell the person you like the truth while you are still confused about your sexuality, what do you think is going to happen? Chances are, you will break up.

What you should do

For now, be friends with the person you like. Surround yourself with friends of both sexes. Spend time with all of them and focus on your studies.

Eventually, if you still think you are bisexual, do not be alarmed by it. The important thing is that you are honest with yourself. Eventually people around you will understand and accept you for who you are.

And though there are still ignorant people with unenlightened views about people they consider different, the good news is you are not alone. There are people and groups who understand you and will help you come to terms with your sexuality.