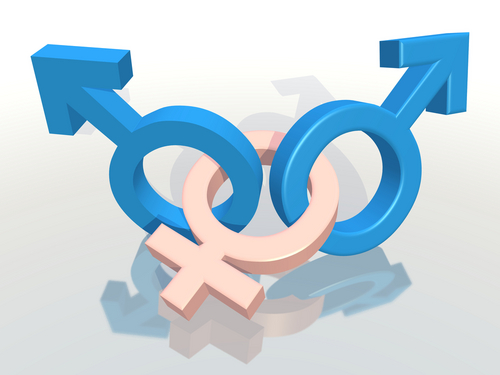 The concept of bisexuality has been shrouded by myths. There are a lot of misconceptions about bisexuality because many heterosexuals and even homosexuals misunderstand its nature. The thought of a man who is physically and romantically attracted to both the opposite and same-sex can be really confusing and frequently results in stereotypes. Below are some of the top myths about bisexual men.

Bisexuality is just a phase

For many years now the gay community has rejected the view by heterosexuals that homosexuality is just a phase. Bisexuals also face the same stereotype from both the straight and gay communities.

In reality, bisexual men are in touch with their desires and emotions for men and women and often feel restricted by the thought that a person can only be attracted to either one of the genders. Like heterosexuality and homosexuality, bisexuality is also a natural process.

Another misconception in both the heterosexual and homosexual communities is that bisexual men are sexually confused. Sexual confusion in bisexuals is just as common as in homosexuals and heterosexuals.

In fact, while they are attracted to men and women, many bisexuals are more sure about their sexuality than most others.

Bisexuals have to choose to be either straight or gay

Some bisexual men are “lean gay”, meaning, they prefer same-sex relationship, but would consider having a relationship with members of the opposite sex.

Others are “lean straight, which means that they prefer a man-woman relationship, but same-sex relationship is always an alternative. Nevertheless, bisexual men cannot be categorized as straight or gay and they definitely don’t have to choose.

Bisexual men can be as sexually promiscuous as straight or gay guys. Sexual promiscuity or having sex with multiple partners frequently is an individual trait that must not be associated with any group of people.

It may be that bisexual men are perceived promiscuous because their liking for members of both genders increases their chances of finding sexual partners or potential relationship.

Bi men are not monogamous

Share !
Previous: Safe Sex for Lesbians and Bisexual Women
Next: The Truth Behind Sensitive Men