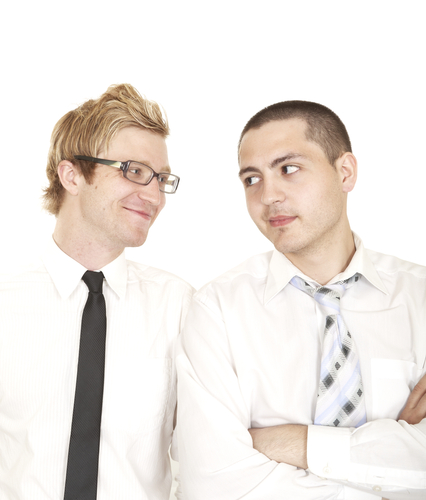 There are some gay men who tend to lean more towards straight men compared to fellow gays and you cannot blame them.  After all, straight guys have this certain “swagger” about them, making them more attractive among gay men as much as the opposite sex.  However, gay men should always bear in mind that no matter how much we would like to believe, most straight men are not gays hiding in the closet that needed to “get out” by having a rendezvous with a gay guy acting like a straight male.

Sure, there are possibilities coming from our wild sexual imagination that there could be an odd chance that a straight guy would want to hit the showers with your after hours of lifting weights in the gym, but gay men should not let their imagination get the best of them.  Too much fantasizing about straight boys would only influence the way you date and see other men.  Besides, it appears that you have discounted every other gay man out there.

Take note that gay men, like any other people of sexual preference, are as varied as a Swedish smorgasbord.  There are plenty of good-looking single gay guys and bisexual men that are “straighter” than the straightest men you know.  It is best not to be too picky in dating gay men, as you may actually find the one that actually fits your romantic and intimate needs.

Besides, going out with a straight guy may come as a form of “trophy” for you; that you have successfully chased a nearly impossible catch.  You may even end up dumping the poor guy as you search for other straight guys to prey on because, after all, you have already accomplished your mission towards the first guy.

In the end, you need to examine where these needs are based.  It is not necessarily about avoiding straight men outright, but redefining your dating wants and needs.