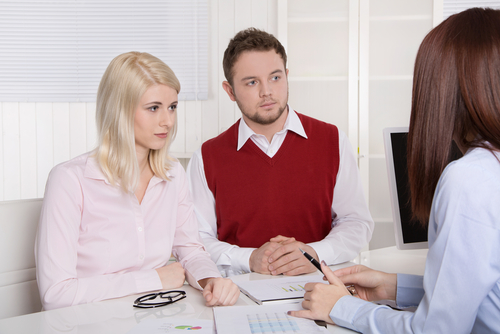 Common Myths Of What Causes Divorce

in Divorce & Moving On

Many marriages today go through divorce as the last option when couples can no longer salvage the relationship. There are many different reasons why marriages end up in divorce. But there are also some myths going around as to what may cause it. Here are some of the common myths on what causes divorce.

Affairs cause couples to divorce.
Many may consider infidelity and affairs as the main cause of divorce. But the matter of fact is, cheating is the result of an underlying issue of couples growing apart. There are many other reasons for this. Those feelings of not being loved, appreciated or given importance cause people to find other ways to look for what they long for. This leads them to cheating, which then can result into divorce.

Men are meant to be polygamous.
There are certain beliefs being spread out there that say men are not meant to be monogamous. That “spreading their seed” is hardwired into their minds, making them prone to jump from one partner to another, from one divorce to the next and relationships one after the other. Women tend to accept this as fact when it is not yet proven by any means. Men also value a monogamous relationship. Many men aspire to having a relationship based on trust. Some men even consider marriage as their only and significant relationship they have and want to keep it that way.

Poor communication causes divorce.
Some people believe that a divorce can also be a result of having poor communication between couples. But it can be deeper that just that. Communication per se is not what affects a relationship. It is on how different people react when they communicate with each other. When they say that good communication between couples is based on honesty and truth, not all people can handle it that well. When the truth hurts but is necessary for the sake of communication, some people just cannot react without feeling pain or getting violent. Even when there is open communication in a relationship but couples react differently to being told the truth, then it can also lead to conflicts and resentment, which sometimes result in divorce with some couples.

Signs You Are Not Meant For Each Other