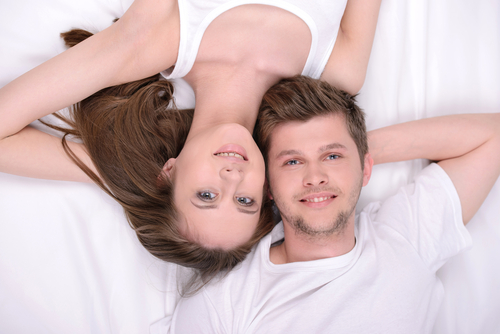 Health Benefits Of Being Married

Marriage offers more than a relationship between people. Studies show that a happy marriage can also provide certain health benefits to the couple. It may sound strange or odd, but a happy union between a man and a woman can also help you become healthier in the long run. Here are some of those benefits.

Studies by researchers from Tel Aviv University indicate that happily married couples have a lower risk of stroke as compared to single people. The study involved analyzing data coming from 10,000 Israelis who answered questionnaires in the early 1960’s. The researchers also looked at those who eventually died of stroke during the next 34 years. After adjusting for factors such as socio-economic status, smoking, blood pressure and others, the researchers were able to find a significant link between stroke and marital status. Single men are 64 percent more likely to die of a stroke as compared to married men. The quality of the marriage also seems to be significant. The study indicated that men in unhappy marriages are also 64 percent at higher risk of a fatal stroke as compared to men who are happily married.

Married couples are also associated to having healthier hearts. According to a study reported at the American College of Cardiology Scientific Sessions, marriage may be linked to a healthier heart. Researchers screened over 3.5 million adult individuals for cardiovascular disease. They found out that married people experience less heart disease and have healthier blood vessels than people who are single, divorced or widowed. The link may stem from less stress and conflict associated with a happy marriage. However, researchers also observed that extreme stress such as a loss of a spouse, going through a divorce or other similar relationship issues could also have an effect on heart health. The health benefits were more pronounced in couples aged 50 and younger. Marriage lowered the risk for heart disease by 12 percent. For those over 60, marriage reduced the risk by 4 percent.

Another study indicates that marriage may be linked to stronger bones. Researchers from UCLA wanted to discover a possible link between bone mineral density or BMD and marital status among 632 participants. The researchers found that marriage might have a positive outcome on BMD, which decays over time and that can lead to osteoporosis. Married men showed better bone mineral density compared to men who are single, separated or widowed. This applies to men who married after the age of 25. Among the women, the result was somewhat mixed. Only those who were in a good marriage and with supportive spouses showed better bone mineral density as compared to single, separated or divorced women.

happy marriage health benefits of marriage healthy heart married couples
Share !
Previous: Reasons Why You Are In Bad Relationships
Next: Dating Tips For People In Their 30’s

Top Complaints In An Unhappy Marriage

Surprising Secrets To A Happier Marriage

Common Wives’ Complaints About Their Husbands