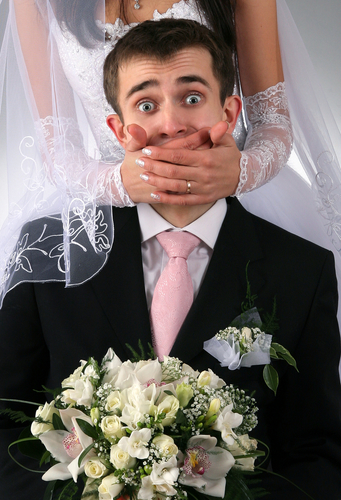 Marriage can be a scary concept for many men. Just like any relationship, there are times when commitment brings along different concerns and worries for those involved. In the case of men, there are common fears they share when it comes to marriage. Here are some of them.

Some men may have second thoughts about marriage if they have this fear of divorce. Some may have gone through such a traumatic experience with their parents that they decide not to experience it again. This can lead to fear that may trickle down to his future relationships and talks about marriage.

Some men may harbor certain insecurities that may affect their thoughts on marriage. It may be due to their low self-esteem or their low regard for what they are capable of doing. Most of the insecurities may be unfounded and may just be an ordinary fear of taking risks. But these thoughts can play a big role in developing a man’s fear of marriage.

Some men may also have an issue with trust that can affect what they think about marriage. Some men may have a hard time giving their trust on anyone, including their girlfriends. Sometimes, it may be doubts that they may not be trustworthy as well. In both cases, this can have an effect on a man’s fear of marriage.

The fact that marriage is a lifelong commitment can strike fear among many men. They may harbor thoughts of whether the marriage can last that long. They worry about falling out of love, being unfaithful, incompatibility, and complacency that can cut a marriage short. They worry about the challenges that come with marriage even before they experience it. Thinking too much about such things can cause some marriage fears in men.

Signs He May Have Issues Over Commitment

Things To Talk About Before Marriage And Commitment

Are you scared of commitment?