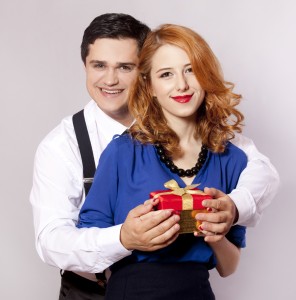 Marriage is an age-old institution that still thrives in our society. It gives credence to the concept of bringing together two people agreeing to live and love together. But over the years, the concept of marriage may have changed here and there. There are also certain misconceptions that have developed along with these changes. Here are some of the common myths about marriage that have prevailed through the years.

In this time and age where everything comes and goes in an instant, some people are led to believe that marriage, as an institution, is on its way out. In fact, it may be far from the truth. Based on surveys, more than 80 percent of Americans still get married, usually after a period of living together. Although some things may have changed in the way couples view marriage today, it is still as thriving as ever as an institution.

Myth 2: More than half of marriages will end up in divorce.

Statistics regarding marriages and divorces can sometimes mislead people into believing that the institution of marriage has become fragile and weak. Making simple comparisons between the number of divorces and marriages in a year may not be telling the whole story. It does not provide the proper perspective of how divorce has affected the modern marriage.

On the contrary, by looking at the bigger picture, divorce rates have declined as compared to the 70’s when it had its peak. Married couples today stay together longer than ever before. One reason for this is that more and more people today are contemplating marriage at a later age. This allows some weak relationships to end before they even get to the point of marriage. The reason why the 70’s experienced higher divorce rates is due to the fact that more people then get married in their late teens and early 20’s. That has changed as people contemplate marriage nowadays as a goal they set for a later age.

Some couples may have concerns about marriage affecting their credit scores. Marriage itself has nothing to do with your credit scores, although your personal spending activity using your credit card after marriage will. This is also the same with your credit history. Your personal credit information is based on your individual Social Security number. In the same way that marriage does not lead people to change their Social Security numbers, your credit history will not be affected by it. What may affect it is when married couples start sharing the financial load such as getting joint bank accounts, applying for a loan together, and paying a home mortgage under both names. Again, marriage itself will not affect your credit score. But certain financial activities couples engage in after that will.

Health Benefits Of Being Married