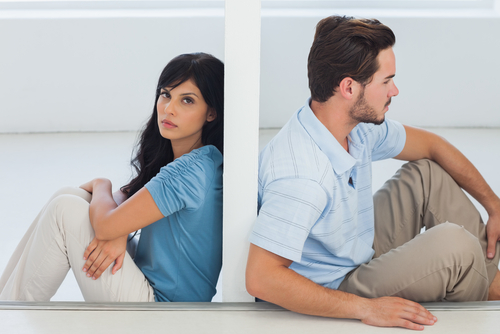 The first stage of the relationship is filled with romance. Two people fall in love with each other that they have nothing else in mind but to be together all the time. During this stage, couples may only have eyes for each other and overlook many of the issues because of the initial emotions they feel for each other.

The realization stage comes right after the romance period where the relationship moves towards living together as a couple. It is during this stage that couples begin to learn about each other at a deeper level. This means discovering more about their partner, both the positives and the negatives. Some couples begin to realize that not only do they have a lot in common, they also have a lot of differences. Realization sets in that the relationship sometimes may not be as what they initially expected it to be.

After the realization stage, couples begin to dwell on the differences as they living life together. Sometimes, the differences can be the cause of conflict and disagreements. It is during this time that a partner may go through a journey of self-discovery apart from the life of being a couple. Partners sometimes begin to explore life individually. Each partner starts to develop a certain level of resistance to the idea of being a couple. Some may begin to find it too constricting. It is usually at this stage of the relationship where affairs may happen that can further put a strain on the relationship.

If couples are able to stay true to each other through the previous stage, another level of realization may set in. Going through the different experiences, couples may learn to find the value in the relationship. They become wiser and see just how important the relationship becomes. In the process, the couples learn to reconnect with each other. Mutual respect for each other develops along with acceptance of each one’s differences. It is during this stage that a stronger bond between couples may develop.

Ingredients Of A Lasting Relationship