Do Birds of the Same Feather Flock Together? 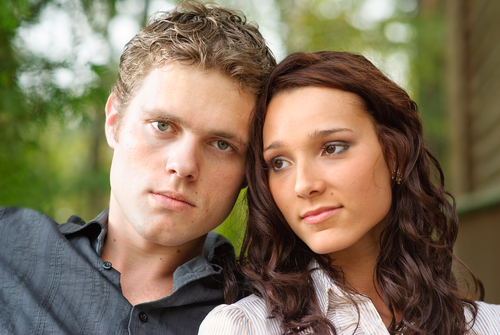 We are taught in our Physics class that, in the law of magnetic poles, like poles repel each other and unlike poles attract each other. Does it hold true in marriage? Do we tend to go for romantic partners that are opposite to us? Or do birds of the same feather are more likely to experience marital bliss?

In a comprehensive study undertaken on these questions, University of Iowa researchers find that we are inclined to marry partners who are similar to us in terms of personality, attitudes, values and religion. The findings, which appear in American Psychological Association’s Journal of Personality and Social Psychology, suggest that it is these similarities could make married couples happy.

Psychologist Eva C. Klohnen and graduate student Shanhong Luo of the University of Iowa examined assortative mating issues among 291 newlywed couples who had taken part in the Iowa Marital Assessment Project. The participants had dated each other for around three and a half years before they got married. They had been married for less than a year when the study began. The researchers assessed the participants based on personality, attitudes, as well as marital quality indicators.

Opposites do not attract

Results of the study reveal that the newlyweds were very similar in terms of attitudes and values. However, the couples had little or no above-chance similarity on such personality-related domains as positive or negative emotions, conscientiousness, attachment, and extraversion. The findings do not support the popular belief that opposites attract.

However, results of the study suggest that attitude similarity is not related to marital satisfaction. According to Klohnen and Luo, "People may be attracted to those who have similar attitudes, values, and beliefs and even marry them" based partly on this similarity since "attitudes are highly visible and salient characteristics and they are fundamental to the way people lead their lives."

On the other hand, it takes much longer for partners to know and to accurately perceive personality characteristics, which are likely to play a more important role only later in the relationship.

Share !
Previous: How to Date Again After Divorce
Next: Dealing With Heartbreaks