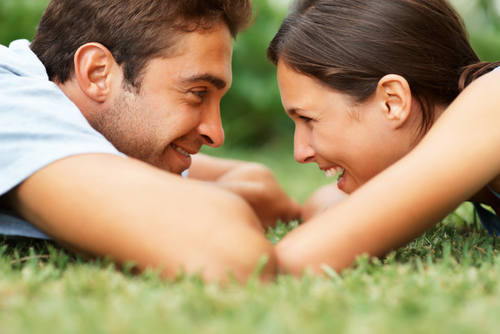 Long-term relationships and marriages all require work effort in order to stay strong and successful. Any way that can contribute to keeping a marriage alive is important for couples who intend to stay together forever. Some recent studies reveal that certain activities that couples can do together may help marriages stay strong. Watching romantic movies is one of them.

According to researchers from the University of Rochester, watching an average of five movies related to romantic relationships and having discussions about them for over a month can cut the average divorce rate in newlyweds by half. The study was the first long-term study to compare different early marriage intervention programs. It indicated that a relaxing and inexpensive activity such as watching romantic movies with your partner and discussing it might help keep a marriage or a relationship stronger. It is good enough to cut the divorce or separation rate from 24 percent to just 11 percent in a three-year span.

The said study involved 174 newlywed couples who were made to undergo different early marriage intervention programs for providing advice on how to help keep relationships strong. The researchers randomly assigned couples to any of the three following groups- compassion and acceptance training, conflict management and relationship awareness through film.

Newlyweds who participated in the compassion and acceptance training got instructions from a program developed by the researchers to help couples work together as a team to find a common ground around their similarities with each other. The couples were taught through lectures and exercises to approach their relationship with more compassion and empathy towards each other.

The conflict management group was given instructions on how to approach conflicts and disagreements. The couples were taught a technique that deals with discussing heated issues by slowing down the pace of the exchange in order to focus on what their partner is saying instead of rushing to come up with responses. One of the activities involves practicing how to listen and paraphrase back to one’s partner what has been said during a particular exchange. This helps ensure that the message was clearly understood.

Both of the programs involved weekly lectures, supervised practice sessions and homework assignments for couples to do for a period of a month. All except two of the participants have therapists to assist them. All in all, both programs required around 20 hours to complete in a span of a month.

The group assigned to the relationship awareness through film program attended a 10-minute lecture on the importance of relationship awareness and how watching movies can help partners to pay attention to their own behavior towards each other. The newlyweds then watched a romantic comedy, after which, each one discussed separately a list of 12 questions regarding the interactions of the couple in the movie. The group participants were then sent home with a list of 47 romantic movies to watch. Couples were instructed to watch one movie per week for a month, followed by a guided discussion for around 45 minutes. In addition, there was another control group of newlyweds that did not receive any training and instruction.

The researchers indicated that the three methods used worked equally well. The control group had a divorce and separation rate of around 24 percent while couples that underwent through the early marriage intervention programs only had divorce and separation rates of around 11 percent. Among the three methods, the movie-and-talk approach may be considered the more inexpensive. Moreover, couples can follow this approach by themselves and will not require professional therapists to intervene. It is also ideal for couples who are uncomfortable with programs that require group settings or therapist intervention. According to Ronald Rogge, associate professor of psychology at the University of Rochester and lead author of the study, “You might not be able to get your husband into a couples group, especially when you are happy. But watching a movie together and having a discussion, that’s not so scary. It’s less pathologizing, less stigmatizing.” Findings of the said study were published in the December issue of the Journal of Consulting and Clinical Psychology.