Learn to Live Together 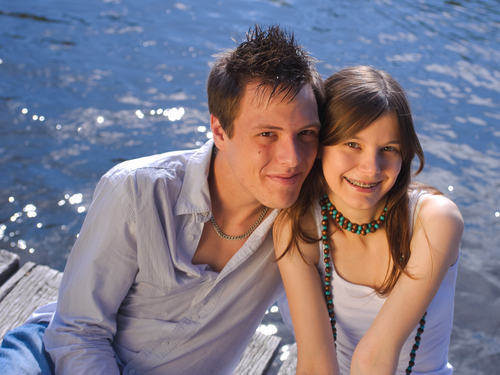 More and more couples are considering living together under one roof before getting married.  The National Institute of Child Health and Human Development reports that 54 percent of all first marriages between 1990 and 1994 began with unmarried cohabitation.  They estimate that majority of young men and women today would spend some time in a cohabiting relationship.

Couples who are living in together tend to agree that cohabitation should be practiced before marriage so they would have an idea how they would be once marriage comes into play.  However, relationship experts warn couples not to be rash about it, as cohabitation does not guarantee a stronger marriage.

Here are some facts that couples should consider before deciding to live in together:

The NICHHD reports that there is an increasing instability among cohabiting couples, making it less stable than marriage itself.  Couples in the United States who lived together before marriage tend to divorce early in their marriage, especially if their marriage is less than seven years.

Meanwhile, cohabiting couples in the United Kingdom are more prone to divorce, according to a separate research.  However, studies conducted in France and Germany claim that cohabiting couples have a slightly lower risk of divorce upon getting married.

Living together is considered more stressful

Even though couples are living in together, the fact that they are not yet married leaves the impression on some that they do not need the burden of responsibility that married couples encounter.  This brings more tension in the house, leaving couples more argumentative towards each other.

Cohabiting couples taking counseling before considering living in together could provide them with enough knowledge on how to keep the relationship from falling apart, reducing the risk of divorce upon getting married.

Living Together With Your Boyfriend