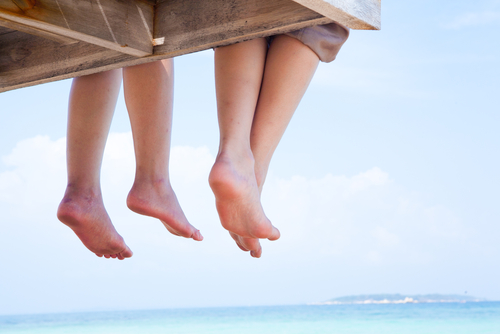 Marriage is an important institution to many people today. It is not merely the coming together of two people into a contract that binds them for life. It is also a relationship that requires work on a daily basis in order to be successful. The relationship in marriage is a valuable and fragile thing. Many couples who do not realize that early on are sometimes headed towards disaster. Married couples can usually impart many important lessons to singles regarding relationships. Here are just some of them.

Do not forget your reasons for marrying your spouse.
Relationships sometimes go through problems. Some couples even begin to resent each other. But that is all because people sometimes forget about the reasons why they married each other. This is something that singles should try to remember- never forget the reason for making such an important decision such as marriage. It will help you get through the ups and downs.

Choose your battles.
Married couples get into fights. But those that last know when and when not to fight. In a relationship such as a marriage, some fights are too petty even to bother with. Some weak couples get into them and come out hurting each other emotionally and will only regret it afterwards. Singles should learn early on that some arguments are not just worth getting into compared to the emotional scars they can create.

Talk about your problems.
Some couples choose not to talk about their problems in hopes that it will go away. Sometimes they do. But sometimes, they only get worse. Talking about problems in the relationship may not always be the easiest thing to do, but it is necessary. It can help couples find ways to resolve them before they get worse.

Never stop dating each other.
Singles may think that marriage can lead to the end of dating. But wiser married couples beg to differ. Dating each other should never stop after marriage. In fact, couples should still continue the ritual and strengthen their relationship further. It helps bring the fun in a marriage that some couples fail to do because of having this wrong mindset that dating is only for singles.

Advice For Singles On Valentine’s Day