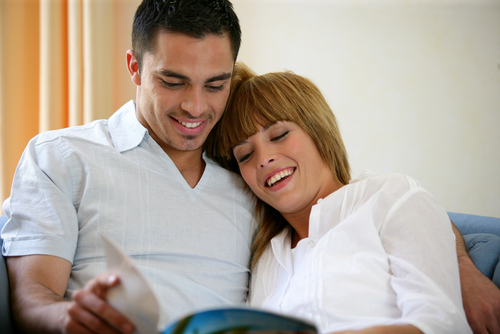 Relationships And Your Health

People may associate a relationship to what they feel about life. If they have a successful romantic relationship, they feel happy and loved. If not, people seem to become cranky, depressed or whatever emotional reaction one may have on a failed relationship. But just like these emotions, relationships can also have an effect on your overall health. Here are just instances where relationships can be linked to your health condition.

Feel Good Hormones Help
Studies regarding relationships indicate that it may also have an effect on the body and the way it dispenses certain hormones. Just like the 2004 study by University of Carolina researchers, the act of hugging between 38 couples resulted in an increase of the oxytocin hormone in the blood stream. This hormone is said to help ease stress and improve a person’s mood. In addition, the women showed lower levels of the stress hormone cortisol and lower blood pressure levels as well.

Affects Sleep
Relationships can have contrasting effects on your sleeping patterns. Someone with a partner who struggles with insomnia or snoring are prone to suffering from sleep problems that can affect health. But the closeness between couples can also be a recipe for a relaxing night’s rest, provided both partners do not have problems with sleeping or snoring. A relationship with a lot of conflicts and arguments can also affect sleep indirectly. The stress that results from fighting and conflict leads to poor sleep, which then affects your health.

Cancer Survival
Studies indicate that supportive relationships can also have an effect on cancer survival rates. In a large 2009 study involving 3.8 million cancer patients, 58 percent of patients who were married lived another 10 years after cancer diagnosis, compared to 52 percent of people who never married, 46 percent of divorcees and 41 percent of widowers and widows. The cancer patients who were separated from their spouses fared the worst, with only 37 percent surviving 10 years after their cancer diagnosis.