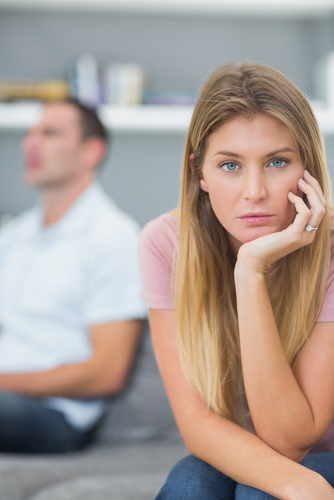 Signs You Are Not Meant For Each Other

Couples are meant to be there for each other through thick and thin. Sometimes, even when a partner is making a mistake or may be seemingly be going against the world, the other should be there standing at the side. Backing each other up is an important trait of a good relationship. If one partner is not able to provide that level of support, then the relationship may not be meant to last.

You keep secrets from each other.

A relationship that lasts is always based on trust and openness. There should be no secrets between couples. But if secrets exist, then one partner may not be as trusting or as open towards the other. Over time, this can lead to a buildup of distrust that can harm a relationship.

Even worse than keeping secrets, couples who lie to each other are doing a great disservice to their relationship. Some people may think that a white lie here and there can help protect one another from hurt or pain. But many times, those white lies gradually turn into habitual lying that can do relationships more harm. When the lies abound in a relationship, it is not meant to last.

There is lack of respect towards each other.

Sometimes a wrong relationship may be quite obvious from the very start. It may be indicated by a lack of respect towards each other. Some may consider it as fair and equal treatment towards each, but respect stands for more than just that. Speaking ill of each other to friends, embarrassing each other in public, or handing out criticisms without regard for each other’s feelings may suggest lack of respect. Without it, any relationship will not last long. It may not be even meant to be one in the first place.

Signs You’re No Longer Invested Into The Relationship