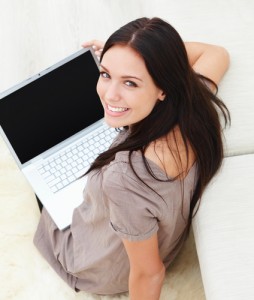 It may be hard to predict if a relationship may become successful. But that does not mean that researchers cannot study and differentiate what makes relationships successful and what will not. Several studies were conducted about the dynamics of relationship success. Sometimes, the results may be surprising. Here are some surprising study results regarding the modern relationship.

It seems that sleeping apart may also have a benefit for many relationships. According to a recent study by Toronto researchers, around 30 to 40 percent of couples reported sleeping in separate beds at night. Instead of ruining a relationship, the researchers found out that it could have some beneficial outcome that can actually help relationships.

Although couples say that they sleep better when together, monitoring their brains while sleeping shows that they are continually awakened by movement or sound. This can affect the quality of sleep that each one may have. On the other hand, couples who sleep on separate beds have less disturbance and better sleep quality. This helps them become less cranky when waking up, resulting in a happier relationship.

According to a study conducted by researchers from the University of Stirling and the University of Glasgow, a woman’s facial features may determine relationship length. The researchers examined 393 heterosexual men online to see if men have certain preferences in a woman’s facial features when determining the length of their relationships. The participants were shown ten paired images of women. One had been transformed to possess masculine traits while the other with feminine traits. The men were then instructed to rate who they find attractive in each pair of images, also indicating which they find attractive for short-term and long-term relationships.

Absence does make the heart grow fonder, at least according to new research. It suggests that many couples in long-distance relationships are now happier. Long distance couples now state that the distance between them does not have a negative effect on the relationship as it once did. Researchers conducted a study on 63 heterosexual couples, half of which are living together while the other half maintaining a long distance relationship. The couples studied were young, with the couples who were separated geographically have been in such a setup for an average of 17 months. The couples were then instructed to keep a diary of their interactions with their partner on a weekly basis.

Signs A Long-Distance Relationship Is In Trouble

How to survive a long distance relationship