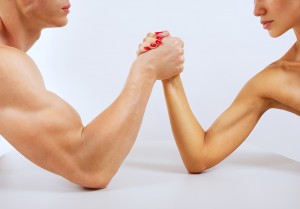 In any relationship, having occasional conflicts is normal. Couples can get into arguments and disagreements but still love each other. The only problem is that some couples do not know how to treat conflicts the right way. This can make the conflict become even worse. Finding resolution becomes difficult. Couples should know the proper rules in fighting fair. Here are some of them.

Know what you are fighting for.

The first rule in any side of the conflict is that both of you should be clear about what you are fighting for. There are useless arguments and there are constructive ones. Constructive conflicts are those that are borne out of problems that really need solutions. Couples sometimes fight over such issues in order to come up with the best possible solutions. Engage in arguments that require your attention. Avoid getting into fights if your only reason is to upset your partner.

Do not veer away from the issue.

When you are fighting, make sure that you do not get out of the issue on hand. Some couples can get into an intense argument with their emotions eventually spilling out of control. This can lead them to fight over other past issues. This can cause the fight to get even worse and bloody. To avoid it, make sure that you try to argue over the current issue and do not bring past arguments into the mix.

When it gets heated, try to lighten up.

Although this may need some practice, trying to light up the mood in the midst of fighting may sometimes help resolve it. When the emotions heat up, tempers can easily flare up. The fight ends up becoming a shouting match instead. Before you get to this point of the fight, diffuse the situation by cracking up a joke. But make sure that you do not do it at the expense of your partner. A lighthearted joke that will bring a smile and lighten up the mood will be good enough.

You know that a relationship is strong and healthy if both partners know when to give in. Most fights in a stable relationship are not about who the victor is and who is the loser. It is always about trying to mutually resolve the problems and issues affecting the relationship. You know when a relationship is going bad if both sides do not know how to give in to arrive at an acceptable resolution in every conflict.

Important Relationship Tips To Have In Mind

Developing A Give And Take Relationship

Rules Of Public Fighting For Couples