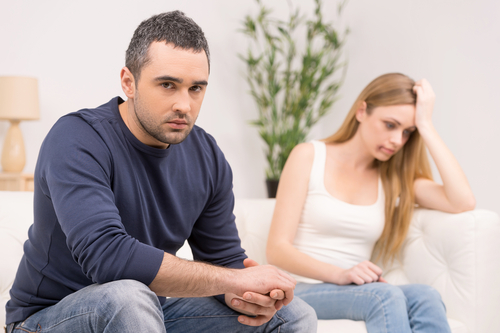 Failed relationships are a product of incompatible couples. But it can also happen to otherwise compatible partners who believe that they have a perfect relationship. Any relationship can fail if the couple stops working on keeping it alive. There are certain traits that couples can bring into the relationship that might cause it to fail. Here are some of them.

Criticism can bring pain and hurt to a couple who do not watch their words. Criticism may involve creating hurt towards a partner by attacking there character and personality. If criticism within the relationship is not put under control, it may cause both partners to feel hate towards each other. It will eventually lead to a failed relationship.

Contempt is all about trying to put down your partner. Over time, couples may find out more about each other that they would not expect. Sometimes, they discover something about one another that they will not like. Sometimes it can affect one partner so much that it creates contempt. One may use that to try and put down his or her partner in almost every situation. Whenever something bad happens, the partner is blamed. Contempt is hard to get over once it takes root. It also creates an attitude of hate towards one another that may cause a relationship to fail over time.

Being defensive can also cause a relationship to fail. Whenever a partner brings up an issue regarding the relationship, the other tries to take a defensive stance. He or she will avoid taking responsibility and instead rebuff a partner’s complaint with other reasons just to avoid admitting to any mistake. This will prevent the resolution of certain relationship problems. It may even cause the issues to worsen over time. The end result always leads to a failed relationship.

Some partners want to live in peace and avoid any confrontation. Their usual reaction is to remain silent or try to avoid the issue if they can. They try to escape from the problem instead of trying to face and resolve it. When a couple resorts to avoidance and escape rather than working to resolve the issues, they are just trying to prolong the agony. Eventually, these problems will catch up with them until it becomes too late to address anymore. Such habits can cause any relationship to fail.

common traits destructive criticism failed relationships resolving issues
Share !
Previous: What To Do When Your Partner Says, “I Need Space”
Next: Ending A Bad Date The Right Way

Getting Rid Of Relationship Insecurities

Small Things That Put A Marriage At Risk

Myths About Divorce And Kids

Indicators Of Being In A Great Relationship