Habits That Make You Vulnerable To Emotional Affairs 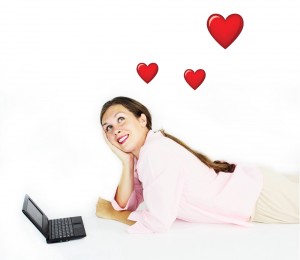 The problem with emotional affairs is that most people do not consider it a risk that can ruin their primary relationship. Husbands consider it as a playful game that they like to have online. They believe that it is not technically cheating since physical sex is not involved. But emotional affairs do affect a primary relationship, especially if it is taking a large portion of one’s attention over the other. There are certain habits that can make people vulnerable to developing an emotional affair. Here are some of them.

Some people, both men and women, gradually accept the fact that some limitations abound in their relationships. There are some things that they like doing that their partners do not. Some people begin to think that if there are some things they cannot get out of their current relationship, they can get it somewhere else. It gets worse if the person have this void that the relationship cannot fill. Despite the void, he or she does not want to burden or worry his or her partner about it. When such thoughts begin to develop, people become more vulnerable to have emotional affairs when certain opportunities present itself.

Over a certain period of a relationship, a person may begin to observe and compare their partner’s actions to others. Soon enough, they begin to make negative comparisons about certain actions. When a partner does not seem to remember a birthday or other special days, they take it to heart. They begin to become more aware of it when an online friend does a better job at remembering dates. With the noted negative comparisons, some people begin to develop a certain connection with the other, which might develop into an emotional affair. Developing negative comparisons involving a partner can make one vulnerable to an emotional affair, and sometimes even a physical one.

There comes a time in relationships that certain conflicts crop up. Some may have a bad experience with such conflicts that they tend to avoid confronting the issues the next time they come. Avoiding conflict can cause one to have the feeling of hopelessness of finding some resolution to some important relationship issues. Some people tend to vent up and complain to others instead. When there is someone who listens to them and show more attention, it makes them vulnerable to developing an emotional affair.

Some relationships go through a period of boredom because of monotony. Doing the same things over and over again can make people feel bored that they want to do something else for a change. When boredom creeps in, the relationship becomes fragile. This can cause one to become more vulnerable to develop emotional affairs at certain is situations.

Solving Problems As A Couple