Is Your Partner Using Money to Control You? 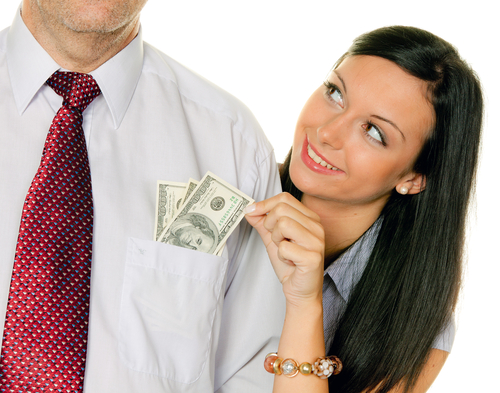 Having a controlling partner is not healthy. In fact, it could hurt your self-esteem. Control may even breed abuse. And you must stop the situation before anything happens.

Write down your partner’s behavior patterns that you feel are part of the controlling feeling.

Could you live with it?

You need to make a decision about which of his/her behavior factors you can live with and which must be thrown out of the house. Make separate lists for both.

Why do they bother you?

Why do you think your partner’s behavior bother you? Perhaps your parents treated you in a way that makes you irritable? Or perhaps other people did? Do you feel that you are being controlled in other life situations?

Your partner and other people

Note if doing this makes you feel less frustrated towards your partner.

Decide whether you want to talk

You have to make up your mind whether you want to talk to your partner or not. It is advisable though, to talk about it, because if you don’t, nothing will be resolved and the feeling of being controlled will go on.

If you do decide to talk with your partner about it, talk to him calmly. Tell him how his behavior makes you feel.

Also, when you do bring this up with your partner, make suggestions as to how you want him to behave instead. Tell him specifically what you need, instead of just telling them to stop being controlling. Give your partner an example of an alternative to his controlling behavior.

Accept him for who he is

If all else fails, learn to accept your partner for who he is. Focus on the aspects of his personality that draw you to him in the first place.