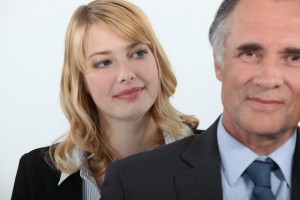 It is common knowledge that most relationships happen between two people of almost similar ages. If there are age gaps, then it may just be somewhere within two or three years. One main reason for this is that people of similar ages tend to have several things in common with each other. It also allows both people to see each other as equals. However, there are also relationships built with wide age gaps between two people. It is not that common, but you can hear about it now and then.

Another reason that affects such a relationship matters with the different levels of maturity in both partners. The wide age gap may result in a one partner being more mature than the other partner is. The senior tends to be more careful and deliberate while the younger one may be careless, impulsive and spontaneous. The disparity in maturity levels can create conflicts if both people cannot find the way to work with their many differences.