Signs That You Are In An Abusive Relationship 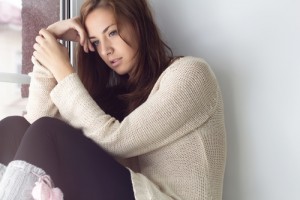 Does he frequently embarrass you, both in public and in private?

One clear sign of being in an abusive relationship is lack of respect towards the partner. A worse possible sign of this is when the woman is increasingly enduring the embarrassment that a partner is putting her through. This act is usually a result of lack of respect towards the partner. It shows lack of concern with what the woman might feel. While increasingly being embarrassed in front of the crowd by what a partner may be doing, most women may still fail to recognize their situation as the victim in a potentially abusive relationship.

Is he showing increasing displays of dominance towards you?

We live in a patriarchal world where the man is always the leader, the rough and dominating character. Many men still seem to take this lesson to heart and try to assert their dominance at all times. But sometimes this can get quite overboard leading to what may be considered as an abusive relationship.

Do you feel isolated from your friends and family?

Another sign of being in an abusive relationship is when you are increasingly being isolated. Some men can become quite possessive to a fault that they begin to abuse their wives by controlling who they meet up with and when they can do it. The worst part is when the man chooses total isolation for his partner from loved ones and friends. Being to possessive and having a lack of confidence in oneself can lead to men to become too possessive to a point where women become an object rather than a human being. These telltale signs can help women identify if they may already be a part of an abusive relationship.

Knowing When It’s Time To Move On

Transforming Your Relationship From Good To Great

Stopping Verbal Abuse in a Relationship