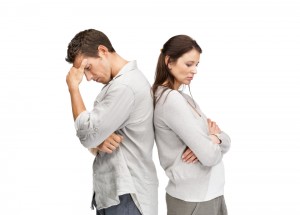 Many people would like to have a long term romantic relationship. It is the wish of every couple to stay together for the longest time possible. One of the keys for relationships to stay strong is the way couples handle conflicts. Many couples may have different ways of handling conflict. But a recent study involving older couples show that the preferred way of handling arguments and conflict is by ignoring it.

A recent US study made among long-term couples showed that the common strategy for handling conflict is by ignoring it and move on to other subjects. Researchers from the San Francisco State University and the University of California, Berkeley followed the lives of 127 couples for over a 13-year period. The researchers looked into how the couples managed conflicts in their relationship. The participants in the study were couples with ages between 40 to 50 years old and married at least 15 years from the beginning of the study or couples between 60 to 70 years old and married for 35 years. The age difference between each couple was less than five years.

During the course of their study, where researchers videotaped the couples having15-minute discussions and noting their communication style during conflicts, the researchers found out that couples’ use of a common and destructive type of communication called the demand-withdraw pattern changed with age. This communication pattern is characterized by one partner blaming and puts pressure while the other avoids and withdraws from the conflict.

The demand-withdraw pattern of communication is commonly considered as potentially damaging for a relationship during its early stages. Young couples may still be learning about the relationship and with each other. Conflicting issues tend to make young couples sensitive and emotional when communicating with each other. But as couples age, they learn to avoid or ignore them after years and years of airing their opinions to one another. Older couples learn to avoid discussion on sensitive topics and move on to more neutral subjects. The results support prior research the indicate as people get older, the put less important on arguments and look for more positive experiences instead.

Changes That Happen To Couples In Long-Term Relationships