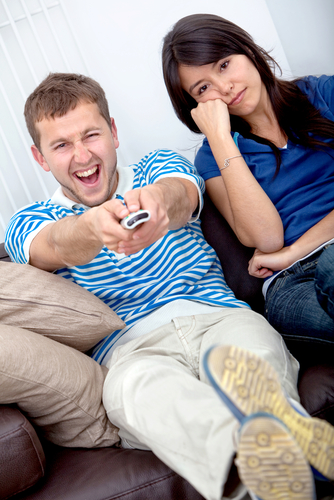 When a couple starts to fight more often than they used to, it is usually the woman who initiates it. Women broach certain issues and they can’t seem to see the end of it. Each time it seems there would be something new to start an argument with. From petty things to the more serious issues, many women can’t seem to want to stop fighting. But the truth is, women hate fighting as much as men do. Or maybe even more.

When a couple fights often, the woman tends to feel alienated and confused. Constant fighting affects her sense of security within the relationship.

She feels disappointed and sometimes, disillusioned. In spite of this, it is important to note that fighting isn’t always bad. In fact, it can be considered as a sign of a healthy relationship, especially where the women are concerned.

Women annoy men when they complain and make an issue out of things that men think are unimportant. However, experts say that squabbling is a sign that the woman still wants to keep the relationship going.

On the other hand, if she becomes silent over the things that she used to make a big deal of, then that’s the point when she has become indifferent and detached to the relationship. It is possible that she is over the relationship and is merely planning her exit strategy.

What to keep in mind

So, the next time your woman hurls a verbal battle in your face, don’t think that this is the start of a permanent strain in your relationship. A rocky relationship is not ideal, but compared to a silent woman who obviously is not at peace, the former would be a better status quo.

Share !
Previous: Ways to Avoid a Fight With Your Spouse
Next: Health Benefits of Sex