Wrong Ways Of Getting Back Your Man 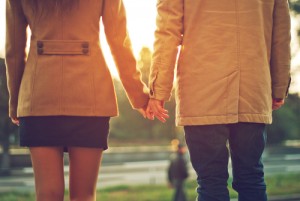 There are times when women feel that a soured relationship still has the chance of blossoming. A breakup may have occurred not because of serious problems or issues. It can sometimes come about simply because both people just did not spend more time nurturing the relationship. When a woman realizes this and that she needs to bring back her man, here are the wrong ways to do it.

Sometimes a breakup is due to one person wanting to take some space or time away from the relationship. Women who realize that they need their boyfriend back can sometimes get too persistent at the task that it drives the men away instead even more.

One of the mistakes that a woman can do in trying to bring a boyfriend back is by demanding it. Men hate nothing more than being ordered and told what to do. Being too demanding can drive men away instead of bringing them back.

One of the mistakes that women also make in trying to win their men back is by looking for pity. Trying to play the role of the victim is not the right idea of winning them back. It gives the idea that the men may have been at fault in the break up. Men don’t want to carry that burden along with them. It is the wrong way to take when you’re trying to get your man back.