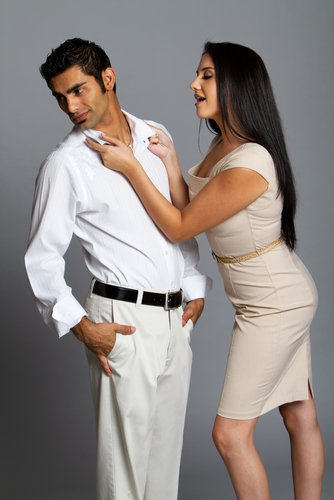 It happens when a man tries to approach a beautiful woman. He would attempt to initiate a conversation, but the girl does not seem to be interested, even though other women are receptive.

Some would easily dismiss that the girl is not attracted to him, but it could be because she is actually playing hard to get. She knows a man is focusing on her, thus boosting her ego and giving her a sense of importance. She also would not want to come off as too easy.

One highly-recommended dating technique for men to address this problem is the so-called “Deflection Theory.” It is simply about turning the tables on the girl, focusing one’s attention instead on her girlfriends or other women within her sight. By doing this, she begins to wonder why he is not noticing her and even worry that something could be wrong with her.

The woman would then try to shake off her worries and self-doubt by trying to approach the man and capture his attention. This would be an opportunity for him to respond positively and establish a connection.

The Deflection Technique also works for men who are shy to approach women they like. It even brings an air of mystery and confidence, qualities that women like in their men.

Things You Should Not Do On a First Date

Dating Tips for Guys, According to Katharine McPhee