For the Guys: Improving Your Flirting Skills 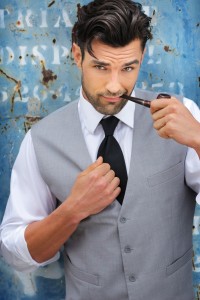 Flirting is an art that most guys do not get instantly. Women are more adept at it, using their body language to entice men. But sadly enough, most men do not know how to respond back. The art of attraction becomes more exciting with a little bit of flirting.

When some guys like a woman, they simply tell them the fact. Although that perfectly fine, what most men forget to realize is that it does not just end there. Most women like to be pursued. It is not just a simple confession of your feelings and then you leave it at that. Women like the feeling of being wanted and enticed. It gives that feeling of excitement in the air. This is where your flirting skills work best. Here are some tips to help the guys get a low down on effective flirting.

Communicate with some genuine curiosity.

If you would like to attract women, a good flirting tool that you can use is simply listen to them. Not only that, you also need to be curious on what they have to share. You can do this by finding something interesting about them that may have a story behind it. You won’t miss starting with what they are wearing. Compliment them with their dress or their figure. But do not go overboard. Ask something that you would like to know about them without being too meddlesome. And when they talk, listen intently to what they say. Short of becoming impressed, they would begin to think that you are not like most guys they know. That is a plus point for you.

Try to get a bit physical, but not too much.

Another effective flirting method to heighten some attraction between people involves the use of touch. But there is a sensitive line between innocent touch and one that gets you slapped on the face for being inappropriate. Guys who are skilled at flirting understand that it is okay to get physical without being overtly sexual about it. It is all about how the woman reacts to it that matters.

Before you use touching as a tool for flirting, you might need to test it out to see how she will react. You can try to hold her hand in a way that won’t seem a bit forward for her tastes. Try to do it when you are in a crowded bar or restaurant to indicate that you are helping her. You can even offer to pretend to read her palm if the situation feels right for it. If she declines or pulls away, then it is your signal not to pursue with it yet. The physical side of flirting takes time to master and you will need to work at it.

Use humor to attract her.

If you have a good sense of humor, then you have a powerful tool that you can use for attracting women. A funny guy always gets a woman’s attention. Women like men who can make them laugh. A guy skilled in the art of flirting knows when to use humor for their benefit.

Just because you have many jokes to tell does not make you a person with a good sense of humor. Timing is also important. There is a good and bad time to use your humor to attract the girls. Once you have this mastered, you have another tool to add into your flirting arsenal.

art of flirting body language flirting skills flirting tools flirting with women
Share !
Previous: Understanding Interracial Relationships
Next: What Couples Can Do About Stress In The Relationship

Top Body Language Signals To Look Out For

Basics Of Non-Verbal Communication During Dates

The Body Language Of Lying

How to Flirt with a Woman