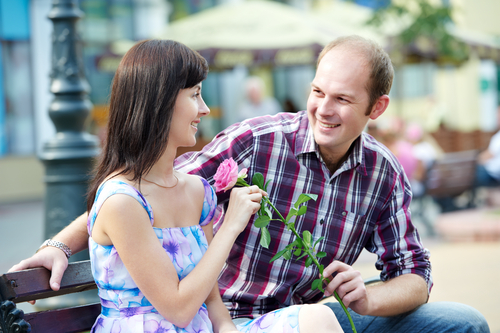 Women may complain that “chivalry is dead”, but it is not just because men use gender equality as an lame excuse for not treating their women with gallantry. There are times that men think they are treating their ladies the right way, but in reality (and considering this day and age), the women think it is offensive.

Robin Hilmantel of Modern Man writes that while asking for permission to kiss the girl is “cheesy” nowadays, there are still some little things that would charm the women of modern times. Here are some tips that men should and should not do when it comes to modern-day chivalry.

Guide your lady through the room – Place your hand on the small on her back while walking together at a restaurant or party. Your date might think of you as her George Clooney. Note that you should keep your hand about four inches above her buttocks so you will not be looked as a pervert.

Do not write her a love letter – While writing sappy emails about how your amazing third date seems cute to her, but wait until she forwards the letter to her friends. More than likely, one of them will tell her you’re either a player or a stalker. A short, sweet note is fine.

Open the door for her – Guys should always hold the door open for a woman–whether it is on a car, a restaurant, even in her home. You would do it for other strangers entering a local pharmacy, so it makes sense if you do it as well for the woman you love. When holding out the car door for her, do not let her scoot to the other side. Walk to the other side of the car instead, like every gentleman should.

Do not insist on footing the bill on anything – It is one thing to pay the bill for the first few dates, but suggesting to fund her shopping sprees and trips to the nail spa is another. Do not brand yourself as a showoff or treat your woman as if her life depends on you.

Move her to the inside of the sidewalk – This is one small gesture that would score major points. Every female likes to feel that you are keeping her safe, but not too much that you come off as a controlling and manipulative. So lead her to the inside of the sidewalk so she would not be ran over by an SUV, even if there is a very little percentage that would actually happen.

Do not let her win – If the two of you are competing over something, whether it is a set of tennis or a round of Words with Friends, never throw the game because she will know. Letting her win comes off as either sexist or you are just plain terrible with games. However, if you do win, never rub the victory in her face. That’s just being a jerk.

chivalry for men chivalry rules dating tips for men treat women right
Share !
Previous: Dealing With Loneliness
Next: Getting Back With Your Ex