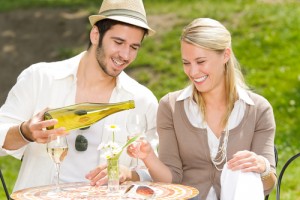 Sometimes, men can be accused of overthinking and overanalyzing their prospects when it comes to dating, worrying about being rejected even before asking the lady out. Dating expert Marni Kinrys tells her male clients to “stop that ‘thing’ in their head” from ruining their dating life. She provided six secrets men need to know when dating women.

All women have insecurities – Low confidence and insecurity are not just for those who are fat and presumably ugly; even the most attractive women will find some thing in themselves that they think is unattractive. Remember that beauty does not equate to perfection, it is just a thing that a woman literally wears on her sleeve.

Women are more attracted to personality – Men may find this secret hard to swallow, as women will judge them in the first five minutes solely on their looks. But beyond that, women gauge how the man’s face make them feel. A man may look attractive, but he may turn out to be hideous. Another guy may look average, but he turns out to be the sexiest in the room. Men should develop their confidence and personality to get that hot date.

Women do not like bad boys – No woman dreamt of marrying a lazy and unreliable jerk who would treat them poorly and feed on their insecurities. What women what are nice guys with a backbone and strong sense of self.

There is a “right” way to say a pickup line – A man with the right character can attract women even if he utters senseless sentences.

Women want to be approached – Men should never worry about getting rejected by women even when they have not approached them. It’s all about chanelling the “I want to talk to her and see if I like her” aura as you approach her.

Women want respect, not admiration – Men should stop putting women they do not know on pedestals. They may look attractive and other men may want them, but remember to treat them with respect.

Tips To Help You Pick Up Women

Wrong Places To Pick Up Women