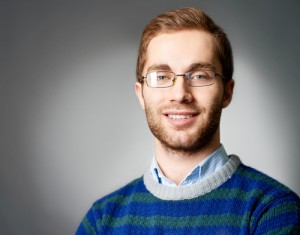 It has been a common statement in the dating scene that nice guys always finish last. It may seem absurd to some nice guys why women would prefer the opposite. It may seem unfair that women tend to go for men who seem not to give them any care in the world. Now why is this so?

Although some nice guys may find that hard to believe at first glance, once they get into the dating scene to meet girls, they experience first hand what the statement actually means. And the truth may be hard to accept, but it comes with a very logical lesson that would help make men understand women more.

The very reason why the statement above is somewhat an accepted truth concerns about a perceived value of things. And the nice guys that finished last is not just any nice guy. There is a certain type of nice guy that concerns this common statement going around dating circles. They are the ones who like to show women that they would do anything and everything to get her heart.

It may sound romantic, but such gestures may just easily put off women. Nice guys who do such things end up just being considered a friend rather than a lover or a boyfriend. For a guy to show the girl that he is willing to do anything, give anything and go at most lengths to prove that to the girl- well, most guys would end up becoming the girl’s best friend instead. Why is this so?

First of all, nice guys are initially perceived by women as boring and predictable. Being offered everything isn’t something new to women. In fact, women expects it. It just so happens that women would want to look for someone unique, someone that never have encountered before. They want to know someone who have that certain mystery that allows them to want to know more about the person. Well, enter the so-called bad guy.

When women meets a guy with a so-called "bad attitude", they see someone exuding confidence and strength. These are the types that seem a mystery to most women. They want to know more about them and hence, be more attracted to such men. With such men showing that they don’t care that much for the girl, that just fuels the challenge for girls to even get closer to them to know them better. And well, for the nice guys, they will be looking at things from the sidelines.

But that is not just why most women tend to prefer cocky guy more than the nice guys in the group. It has to do a lot with value perception. Nice guys wish to let the girls know that they would do anything for them. All these without even the girl doing anything yet. It tells them that guys need them more, to the point that such guys could easily be won over. It just tells the girl that nice guys may not be of such value to them. They need not do anything to win nice guys. It also tells girls that some guys may be too insecure and not value themselves that high. That can be such a turn-off for women in general.

Now, this should not cause nice guys to try and treat women badly or with disrespect. What women do look for in men is that sense of value and respect for oneself. A man should try to have more respect of himself and not just show that he can make himself kneel at a woman’s feet just to get her heart. Men should try to show women that kind of self-respect and confidence in themselves that women always look for and not that being "too nice" demeanor that can border into self-degradation.

Share !
Previous: How to Keep a Healthy Relationship
Next: Do You Have a Good Marriage?