Wrong Ideas About Being Single 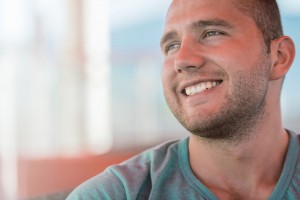 Being single can mean different things to different people. But how other people see singlehood can also affect how we view the situation. The public may have a certain perception of being single that we also tend to accept. But in reality, such perceptions may not be entirely true. Here are some of the wrong ideas that we might have about being single.

There is no age limit when it comes to starting relationships. Just because most of your friends have romantic partners or are married does not necessarily mean that you can consider them successful. Who knows, they might be experiencing relationship problems or are on the verge of divorce or separation. That is why merely being single does not make you a failure.

Many people equate singlehood with loneliness. One reason why many people do is because when you are single, you are said to be on your own, alone. This is what scares many people. Being single does not necessarily mean that you are a loner. You can be single and still have many friends. You can only be lonely if you think yourself to be one, not just because you are single.

Most people have this way of thinking that accepting singlehood means admitting defeat. This should not be the case. There are people who accept being single because they prefer it as a way of life. After all, being single has its own advantages. However, it should not be an admission that you are defeated.

Getting into a relationship as soon as possible will set things right.

Insights On Still Being Single