5 Reasons He's Not Talking to You 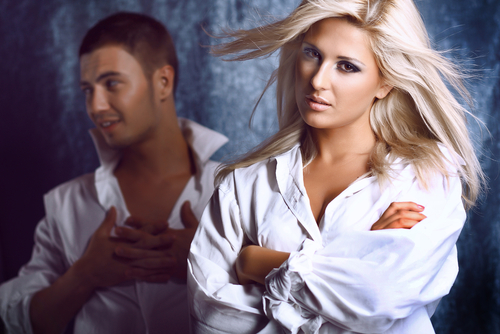 Women find it hard to understand men in the same way that men find it difficult to relate with women. More particularly, some women get pissed off because their partners would rather talk to other people when it comes to the things that matter in his life.

Women cannot understand why their partners cannot confide to them, and from this misunderstanding springs the doubt in the relationship that both parties have worked hard to establish.

Maybe you are among the many women whose boyfriends choose to seek counsel from other people rather than to their partners. While we cannot over generalize men, there are a few good reasons why some men resort to this attitude. And it’s important for you to take note of them:

This doesn’t mean that he doesn’t trust you; it just means that he’s worried about your reaction to what he would say. Or maybe he’s afraid of his own reaction when he sees your reaction. Needless to say, some men are uncomfortable with showing their emotions to women, even if it’s with the women they love.

He doesn’t want to burden you

Some men were raised to be independent. This independent upbringing, in addition to the fact that men are not keen on wearing their heart on their sleeves, is probably the reason why your partner is not involving you with his concerns.

He doesn’t want to hurt you

There’s the possibility that an ex is on the scene. Or a new person has entered his life and he’s still confused. He doesn’t want to talk to you about it because he doesn’t want to hurt you. And maybe, he also doesn’t want you to influence his decision to stay or leave the relationship that he has with you

Maybe someone close to him died and he cannot deal with the grief. Men are not proud of showing emotions because they were led to believe that such is a sign of weakness. If he was brought up by conservative parents, he might be too caught up in this notion. Chances are, he’s in an emotional state but he’s afraid that if he confides in you, you’d think less of him because he wasn’t able to control his emotions.

He fell out of love

Some men find it hard to deal not only with their emotions, but with the emotions of other people as well. If your partner is not talking to you, it can be purely paranoia on your part. If not, then he probably fell out of love with you and he couldn’t say it to you pointblank because he couldn’t face you and your tears.

Some men are hard to figure out, so do not take these reasons as if they are indeed the precise explanation behind your partner’s attitude. Remember, men may be similar in some ways but individual differences still take part in their persona.

Share !
Previous: What is Junk Food Sex?
Next: When the Person You Love Is HIV Positive