Beyond Good Looks- Other Qualities Men Look for In Women 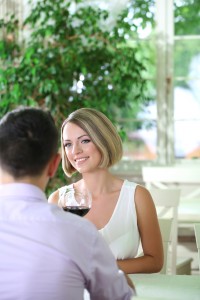 There is this so-called fact that men are generally attracted to good looks in women. There is some grain of truth in this one. Men are considered as easily stimulated by visual cues. They tend to be attracted to beauty and things that they like to see. But in the game of love, women should know that beyond the good looks, there are also other things that men look for in women. If you have these qualities aside from good looks, then you can consider yourself a man magnet.

A good sense of humor is a good quality that men look for in women. Men are more attracted to women who can crack jokes and can take one and still be cool about it. Humor can help make lighten any mood. Men cherish women who have this ability.

Men certainly do not like someone who nags or talks all the time. They also appreciate someone who has a ready ear to listen. Some men may not be as vocal as women. But when they do speak, they need someone who can listen to what they say. That is the reason why being a good listener is also another good quality that men look for in women.

It is no surprise that the way to a man’s heart is through his stomach. Men love to eat and they like women who can cook. Good cooks just have that appeal in men. Although women might think that men seem like looking for wife material, that is just how some men are. Knowing how to cook can keep men at ease that they can depend on someone who can feed them not only with love but to satisfy their hunger. It may sound so corny, but that is how a male mind seems to be wired.

Women Who Are Sincere And Genuine

Another quality that men look for in women aside from good looks is sincerity. Men like women who are genuine and true to themselves. They do not want someone who tries to be someone she is not. Men feel betrayed if they find out women who turn out to be putting on a facade instead of their genuine selves.

cooking skills good listener good looks sense of humor sincerity women qualities
Share !
Previous: Tips For Women: How To Avoid Getting Friend Zoned
Next: Know Your Date By How He Handles A Beer Bottle

Tips In Making Your Date More Enjoyable And Relaxing

Signs That It May Be Time To Break Up

Developing A Playful Attitude In A Relationship