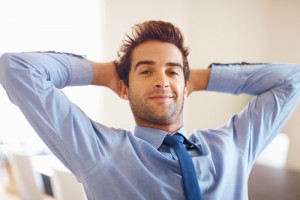 When it comes to differentiating men from women, there are certainly many things almost anyone can suggest that are true. However, there are also some things that women believe about men that are just not true, despite the differences between genders. But some have developed into myths that many women have initially believed to be true. Here are just some of them.

Man Myth 1: It is all about a woman’s looks.

Many women believe that men are only interested in how women look. Attraction comes from how beautiful women are and that men are just not interested in women who are less so. However, this is a myth. This myth may have been brought about by women observing men usually looking the way of a beautiful woman going past them. What most women observe is just visual titillation. Not all men are always gunning for looks especially when looking to start a relationship. Although looks does matter, similar to what most women look for in their potential partners, it is not just the sole factor that men use to judge what is ideal on the opposite sex. Men also look to intelligence, sympathy as well as sense of humor as some traits that they look for in women, not just by looks alone.

Many women believe that men hate commitment. It is just something that men shun and don’t like to talk about. Again, this myth has pervaded the female psyche that it prevents some of them to take men seriously when it comes to commitment. It all has to do with men trying to look tough and avoid public displays of affection. However, it is farther from the truth. While on the outside, men seem to show that they value freedom and independence, deep in their hearts, there is always that longing for affection and loyalty as well, just that they do not show it. Men also long to be with someone of the opposite sex on the long term. But they are not always good in showing them.

Man Myth 3: Men are not emotional.

Again, this myth is brought about by that masculinity trait that men need to always look tough. This trait just does not permit men from spilling out their “soft” side. Men try to not show emotions that can lead women to believe that they are tough as nails. But that is just a cover for most men. Behind that exterior is an emotional man that only shares what he feels to someone he can trust. That will take some time for women to establish. For the women who are quite patient enough, the will realize that men, too, have those emotions. It is just that men try to keep it by themselves.