Dating a Guy On a Bromance 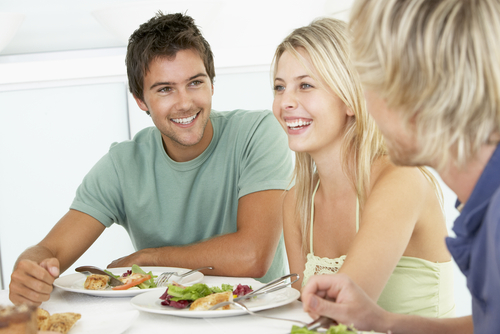 Much like how fellow girl friends would bond with one another, guys can get close to other men.  Sometimes, these male-to-male relationships can go beyond being friends but, expectedly, would fall short into getting under the sheets.  Such close relationships between guys have been defined as a "bromance" (short for "brotherly romance").  Although the word is recently-coined to mainstream society, such relationships have been in existence for so many years.

A recent dating poll asked men if they had a bromance, while the women were queried if they would mind if their guy had a bromance during their date.  Among the men, 14% of them said they have had or were having a bromance, while 47% believed they had close friendships with other men but they were not that close, and 37% were completely against the concept.  Meanwhile, 45% of women did not see as a big issue that their men have a close same-sex friendship, 32% thought the concept of bromance would be OK but a bit weird, and 23% were opposed to the idea as they want their partners to focus on them.

If you are dating a guy who has a very close relationship with another guy, would you continue on with dating him?  Some dating experts say that you should get a little hesitant, not because male partnerships are "so immoral" or "a tad weird," but it would be difficult to compete for his attention and affection.  Such a close relationship might exclude you completely, or worse, even overshadow the romance within your relationship.

But that does not mean you should only date guys who do not go out with his guy pals.  Call it a "wait and see" approach, seeing if your date can manage dealing his relationships between his close bud and with you.  If it is affecting the relationship pretty badly, a break-up plan should be in the works.

Share !
Previous: Signs You're on a Bad Date
Next: Should You Date Even When Jobless?