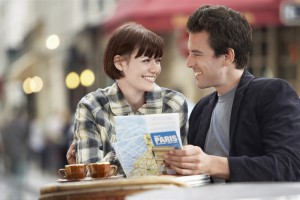 Women usually think that they know men from head to foot. They are usually in for a surprise when they go on an actual date with them. When the date does not go out smoothly, one reason is simply because there are many things that women just do not know about men yet. Well, here are some helpful dating tips coming from men that women may want to consider the next time that they go out on a date.

Dress for the occasion.

Men like women to dress sensibly. It does not mean that you have to dress as a model. All you need to do is to dress for the occasion. This means that you pick the appropriate dress for the date. Wear casual if you go out on a movie date. Choose formal wear if you are heading out to a dinner date at a fancy restaurant. Avoid trying to dress to get attention or to stand out from the crowd. This will make him uncomfortable and for the date to go bad.

Learn to make up your mind.

When your date tries to ask you where do you want to eat or where would you like to go next, he is actually looking for some of your input. He is actually trying to know something about you. Leaving the decision up to him will sometimes make him feel frustrated. The next time he asks you such questions, try to come up with an honest answer that will help him come to a favorable choice for your date, be it the location, the food or something else.

One of the common issues that women face with first dates is the bill. While some women may feel that it is right to split the bill, men still have that chivalrous side in them. They would like to foot the dinner tab on the first date. Some women also expect it too but suggest split ting the bill as a matter of etiquette. But you should avoid into directly saying it. Try handling it with grace by letting the man take the bill when it arrives. Act as if you are reaching for your wallet to pay for your share. If he insists of handling the bill, then let him be. If he doesn’t say it, then you have to split the bill. Avoid saying it directly or he will think that you really mean to split it.

Avoid getting in touch with him first.

Men still like to chase after the women. They want to make the first move. After the first date, avoid trying to get in touch with him first. Resist the urge even to text him. If he liked how the first date went and would want to go for a second one, he will contact you. If he does not, then you should move on.