Dealing with a Twilight Kind of Love 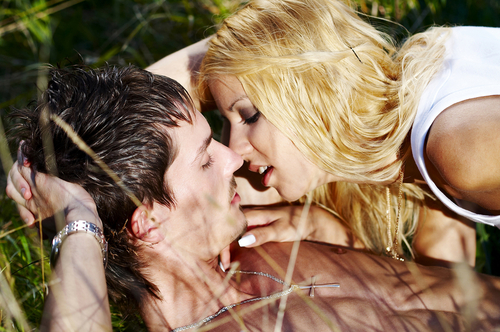 Anybody who hasn’t been living under a rock has heard about Stephanie Meyer’s books series about a human girl and handsome vampire who fell in love big time. The first of the four books has been made into a feature film. Twilight sent legions of "tweens" into a frenzy at the box office.

But what is it about the story that is so captivating? Perhaps many can relate to it, being a love story.

How did you meet?

Think back to the time you met him. Was it picture perfect like something out of a story? Or was it kind of weird? Perhaps too coincidental? Or was your first meeting a good, old-fashioned "introduced by friends"? Your first meeting may provide a helpful hint regarding his motives.

It has always been said that actions speak louder than words. True. Does he act protective around you? Does your guy move to the ‘danger side’ when you cross the street? Does he put his arm around you especially when you pass by a group of rowdy guys? He may be the gentlemanly, overprotective boyfriend type.

Or perhaps he’s too touchy-feely, like he can’t get his hands off of you? Think of it this way, he thinks about you a lot – except his head is located between his legs.

Find out more about him

Sure, you have very strong feelings for the guy already, and may already be in a relationship with him. However, you should not let your guard down yet. It doesn’t mean you don’t trust him.

You just don’t trust him completely – as in 100%. How can you? You barely know the guy. This phrase is already overused but try to get to know him more.

Remember Twilighters, Bella probed Edward until she got an answer.

Share !
Previous: Be Yourself When Dating
Next: How to Divide Responsibilities Effectively