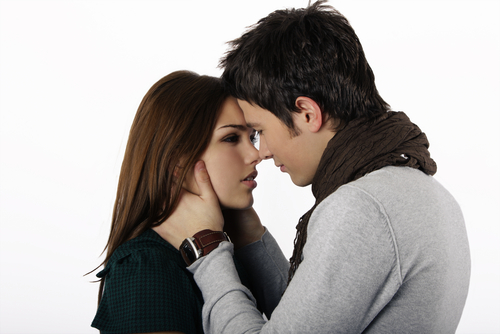 How to know when he’s for real

Since it bears repeating, let’s review a few of the traits that will tell you unequivocally that a guy is into you:

When it comes to men, always look for the actions to either speak more or match is words. I once dated a man who would speak so futuristically with me but only want to see me like once a week or once every two weeks. I was totally confused! I didn’t understand how he could say the things he did and not mean them. So do not make the same mistake I did, look for actions over words!

Remember that when a guy really likes you, he can’t wait to introduce you to his friends and family. Guy’s like to show off their girl!

Also , stay away from men who’s behavior isn’t consistent.  Back to the guy who’s actions didn’t match his words, his behavior was one of someone who was bipolar. He would be so loving one day and then putting me down the next. Thank God, I got sick of it and now I would never put up with such a man again. When a guy changes his behavior so often it becomes toxic to your own emotions and is just simply not worth it!

Finally, remember that if a guy likes you, he wants to please you. He will bring you chocolates and fashion magazines just because he knows that they are your favorite. When dating a guy, let him pursue you. In the pursuit you should never notice what he is doing wrong because he wants to do everything right!

Dating Coach Dating Tips Dawn Donohoo He's into you talking points for dating
Share !
Previous: Do you know why you are single?
Next: Great Advice