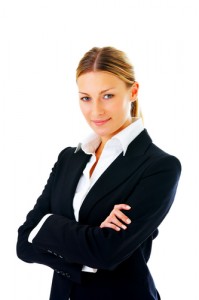 In these modern times, changes are inevitable. The changes also cover women, dating and relationships. There are certain dating rules that change along with the times. Some may have applied to situations in the past. But applying the rules in the current dating scene may not be ideal. Here are some examples of new dating rules for the modern woman.

Being Demure May No Longer Be Effective

Playing the shy or the coy one may have worked well for most women in the past. But in the current dating scene, it may no longer be as effective. Men today have been influenced by the fast-paced world they live in today. They want immediate responses to know if the girl likes them or not. Women playing coy may be interpreted by some men as a sign of indifference or lack of interest. If you are really interested in the guy, then this will not work. Women should try to send signals to guys if they find them attractive or interesting, whether directly or indirectly. But make sure that they at least get the message. Playing coy will not do it for you.

Quit It When It Is Not Working

Women in the past seem to have more patience with their dates. If the first date did not come out well, they still sometimes accept a second meeting, hoping that things will be better this time around. Sometimes they just feel sorry for the guy being a nice person and all. They continue going out. But most of the time, it does not change for the better, especially if things do not click during the first several dates.

A new rule for the modern dating woman is to quit it immediately if nothing is working. Chemistry and compatibility are still important factors of any relationship. If women do not feel that in the men they are dating, then it is better to quit it early and move on. Guys will appreciate this more from you than when you try to give them false hopes.

Do Not Date For Marriage

In the past, women have this mindset of dating in order to snag someone for marriage. But in today’s society, dating does not necessarily come with this goal. There are relationships today that thrive and succeed in the long-term even without marriage. Both people can share a life together without necessarily getting married. It will come naturally when both people are ready. But for the dating woman, marriage should not always be the goal when it comes to choosing whom to date.