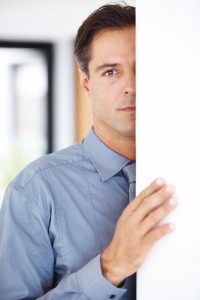 While women usually look for confident guys to date and have a relationship with, there are other guys out there left on the sidelines that might not only be good dating material but also a better option to start a relationship with. I’m talking about shy guys. There are various reasons why women should consider dating shy guys. Here are some of them.

With confident guys, you would usually be able to know everything outright since they pretty much tell you everything about them. With shy guys, this may not be the same. They are more reserved and do not easily give information about themselves. You may need to pry it out of them, an exciting challenge for a lot of women.

Shy guys are not the first ones to talk. While it may be seen as a date with few conversations that come far and in between, there’s also a distinct advantage. Shy guys are known more as good listeners. If you are a woman who complains about boyfriends and dates that do not listen, then shy guys are your best pick.

Not Prone To Cheat

Since shy guys are always being overlooked by other women, they don’t always get the attention from them. That means they don’t really have that opportunity to cheat on you. What’s more, you have less competition to deal with when it comes to shy guys.

With shy guys not always having the chance to get into relationships since they tend to be overlooked by the opposite sex, they try to be more careful. This extends to what they say and do. And what they show is always their most sincere, not usually what most confident men are known to do.

Dating Prospects You’re Better Off Without