Signs You Are Dating An Immature Man 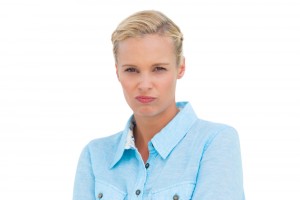 Women are always on the lookout for their ideal man. This usually includes men who they can depend on. It includes a certain level of maturity that they admire from suave gentlemen. But there are times when women find themselves knowing someone who is just the opposite. The women may end up dating someone they believe might be an immature brat. It is more convenient to be able to know one before everything gets too serious. Here are some signs that you may be meeting an immature guy.

Guys need to know how to decide for themselves after a certain age. But there are some guys that just can’t stop depending on their mothers for just about everything. They will continuously seek approval for just about anything from their mother. This type of guy may not be worth it. It is hard to compete for attention from someone who still depends a lot on his mother.

There are also guys of the happy-go-lucky type that just will not work out as a good boyfriend material. Most of these guys just go on with life without any plans whatsoever. They just go through life taking what it gives them. While this may seem like a life full of adventure and excitement, it is not worth it. Such immature guys may not know the concept of responsibility and looking after other people, such as yourself.

Hangs Out With The Boys Often

If you date a guy who still hangs out with the boys regularly during the weekends, you might be dating somebody who likes to be with the boys more than you. If he does have plans dating you on some weekends, all you can hear about during your conversation is about his plans to watch baseball games with the boys. You may be dating an immature guy who prioritizes fun times with the boys rather than getting serious with you.

If you date a guy in his 30’s and still lives in a frat house of sorts, you are getting into someone who may not want to grow up. He still likes the idea of living like a college boy. He has roommates in the apartment who may be as like minded as he is. There is no future trying to date that frat house boy. He might not be responsible enough to spend a lifetime with you.

Dating Prospects You’re Better Off Without