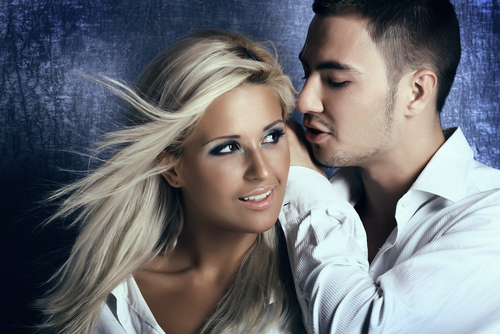 Physical attraction has become an important factor in establishing relationships between men and women. There are many factors that may govern why one individual may become attractive to the opposite sex. Here are some of the more surprising facts that women should know about.

It seems a surprising fact that men tend to be turned on by the smell of lavender and pumpkin. Short of baking a pumpkin pie or using lavender oil, women can help create a more ideal environment by using lavender aromatic candles around the room to create the attractive smells. Women, on the other hand, tend to be turned on by smells with a hint of cucumber or black licorice, according to the Smell and Taste Research Foundation in Chicago.

Studies have shown that women who are dressed in red are more likely to be asked for a date or have more money spent on her. The reason for this this may stem from the fact that the color red is influenced by cultural symbols, such as being the color of love and romance. The other reason may be that the color may be linked to the primal instincts regarding sex.

According to a body language expert, men who feel attracted to a particular woman the most inside a room tend to point his belly button towards them. This may even happen when the man may be speaking with someone else. Women can use this fact by honing in on the possible competition over a man’s affections secretly, simply by looking at where men are possibly pointing their belly buttons to.

Another peculiar sign of attraction that men show involves touch. According to another body language expert, men who tend to touch women at least five times in a span of 15 minutes may be a sign of attraction. It may be a way that men use to try and see how women may respond to them. A man may touch a woman’s arm and would do so if he sees a favorable response. But if they sense women tightening up because of the touch, they usually will back off.

Importance Of Compatibility In A Relationship